TO LIGHT THEM A HOPE IN THE NIGHT: The Search

This story is dedicated to my fellow Trees...who joined me on this amazing journey to Christianity and faith...
NOTE - YOU WILL NEED TO HIT "OLDER POST" AT THE BOTTOM OF EACH SECTION TO CONTINUE READING the rest of this book. 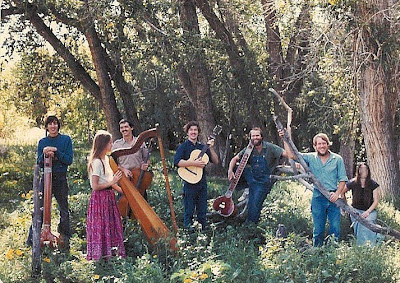 March 1970
Jumping quickly out of the crowded car, I turned from my road-weary companions and approached a rundown brick building at 108 Fourth Avenue, excited and a bit apprehensive. What would I find inside? Gazing upward, I scanned the derelict brownstone sandwiched between a used bookstore and an antique warehouse. Would my dreams about this place would match reality? Glancing back at my high school friends in the car, I smiled as they gave me a thumbs up. Tentatively, I pulled on the heavy door until suddenly it swung open. I leaned my head in cautiously, peering into the total darkness. I was hit with the overpowering, musty smell of cat urine. Emotions swirled around me. I felt a giddy sense of freedom and a nagging apprehension. Finally…I can’t believe it. I’m actually here!

I didn’t realize the extent of the journey I was about to embark on that spring. Young and naïve, I left a cozy suburban Midwestern town to visit a man I had met only weeks before. I was drawn to him as my Jim-Jones savior yet I had no idea what I was getting into. At 18, my life was churning with unanswered questions and a relentless desire to find “the Truth.” I was sure this charismatic stranger held the key to unlocking the anxious feelings consuming me. It was the spring of 1970, a time of peace demonstrations, hippie love-ins and teenage angst. I was swept up in a tide of youthful unrest, eager to break free of materialism, big government and parental oppression. In a poem from that summer, I wondered:

Why am I here?
What is the point of this strange existence?
Caught
between my childhood and some unknown future,
chasing vacant shadows,
alone and weary, laying softly in bitterness,
longing for that innocence
of a child.
Words echoing with no one to listen,
longing for truth,
restless and empty.


It was the dawning of the Age of Aquarius with its flower children, drugs and free love. I was swept up in my generation’s struggle to break free of the Vietnam War, motherhood and apple pie. In our dorm room, we listened to the Beatles and Bob Dylan. But to me, Buffalo Springfield captured the true essence of the heartbeat of my generation. “Something’s happening here, what is ain’t exactly clear… There's battle lines being drawn. Nobody's right if everybody's wrong. Young people speaking their minds, getting so much resistance from behind…”

Our generation was moving away from the beat poets and hipsters of the late fifties and sixties and heading into uncharted new spiritual and cultural territory. I was an unhappy, rebellious teenager who'd been uprooted from Lakewood, a small, cozy town in Ohio to a fast growing suburb of Detroit, Michigan. Typical of many from my generation, I was resentful, restless and idealistic. I rejected the Leave it to Beaver lives of my parents as part of the “Establishment” as I dabbled in alternative lifestyles.

Standing on the sunlit New York City sidewalk, I smiled and waved a quick goodbye to the carload of my friends as they drove off, laughing and yelling, “See yah later, Shishonee! Stay cool!” For a brief moment, I felt as if I was suspended in time and my entire childhood had slipped away from me like a phantom ghost. I imagined part of me speeding away through the narrow, crowded streets of New York City while the rest of me was left standing on the threshold of my new life. The laughter of my friends floated back as I stepped cautiously into the mysterious darkness. The door thudded closed behind me as I called out tentatively, “Hello?…Hello?”

Straining to listen, I thought I heard muffled voices arguing from somewhere up above mingled with the sound of water running. Several landings above dim candle light cast eerie shadows. I climbed up the dank stairwell, feeling my way along the walls, clammy and scaly with chipping paint. Was this the right address? Maybe I made a mistake! Just as I reached the first landing, a head popped out of a doorway and I jumped back, heart pounding. A short, frumpy looking woman dressed in a worn grey housecoat snapped, “Who are you!”

Startled, I answered, “Ah, I’m looking for the Loft.”

Wordlessly, she gestured upward and spun around, slamming the door behind her.

Feeling like Dorothy in the Wizard of Oz I muttered, “Oh my.” What have I gotten myself into now! This smelly rundown building wasn’t what I had imagined for my guru’s pad! Inching my way up the dingy stairwell, I cast my thoughts back to the previous afternoon…

It was Easter break, 1970, so I was home from boarding school hanging out with old friends I hadn’t seen since the previous summer. I ranted on and on telling them about this strange, spiritual man I had just met who called himself Shipen. “You really have to meet this guy! He’ll blow you away! He reminds me of James Dean mixed with Timothy Leary and a generous dose of Jesus Christ.” I told them about his place in New York City called “The Loft” – a sort of ashram where all kinds of people came seeking answers. “I sure wish I could be there” I had mused. The next thing I knew we had piled into somebody’s car and drove through the night, laughing, smoking cigarettes and singing Beatles tunes. 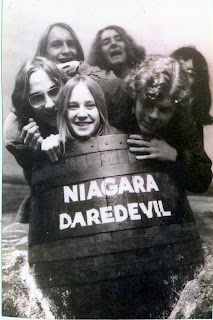 We stopped briefly at Niagara Falls briefly to do the tourist thing, then off we went, driving through the night, headed for New York City. 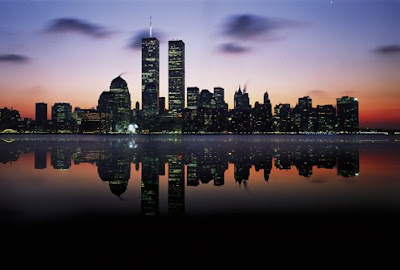 It was dawn when we reached the George Washington Bridge. Huge skyscrapers rose like giant black construction paper cutouts against the rose colored sunrise. As we barreled through the crowded city streets, I dug into my pocket for a scrunched up scrap of paper with the address: 108 Fourth Avenue, off 12th Street near Union Square Park north of the East Village…

After what seemed like ages, I reached the top of the stairs. There was no door - only a woolen blanket draped across the threshold. “Hello?” I called out meekly, lifting up the edge of the scratchy blanket. No one answered. Peaking inside I surveyed what appeared to be a small kitchen with a clawfooted bathtub against one wall, a toilet in another corner and a small sink. Against another wall, a teapot was rattling away on an old gas stove. Just as I was about to call out again, a dark haired man stepped into the room. He was impeccably dressed in a crisp white Nehru shirt tucked carefully into neatly pressed pants. With a dramatic flourish, he leaned over the stove and turned off the kettle. Turning toward the doorway, he spotted me and smiled mischievously. 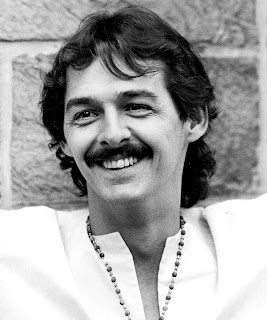 “Welcome” he said in a deep bass voice. “Come on in. I’m Ariel, what’s your name?” I was so surprised and nervous all I could manage to whisper back was, “I’m Shishonee…is this ah…ah…the Loft?”

His eyes twinkled as he offered me a cup of tea and assured me that indeed it was. Relieved and suddenly exhausted, I collapsed onto a stool, feeling as if I was dreaming. He explained that he and his roommate Shipen were getting ready to go to a love-inn in Central Park and I was welcome to come along.  Suddenly exhausted, I told him thanks but if they didn't mind, I'd just as soon take a nap.  As he chattered on, I found it hard to concentrate on his words as I surveyed my surroundings. I felt relieved and oddly at home as I sipped the steaming spicy tea. Finally, I was here! This was it! The Loft!

Ariel washed up the dishes then led me up one more flight of stairs into a huge, airy room with brick walls and high ceilings. What a kaleidoscope of colors and textures! Brightly colored streamers of red and purple satin crisscrossed the ceiling in layered waves. Shafts of sunlight streamed in through two tall windows at the far side of the loft. Indian tapestries and rugs covered mattresses artfully spread in disarray throughout the room. There was a huge old canvas army tent pitched in a corner by one of the windows. In another corner, sheets of heavy gold brocade were draped around an alcove creating a private space. Ariel excused himself for a moment and I just stood there, taking everything in.

I felt as if I had walked into the photograph I had clipped out of Life Magazine and hung on my wall back at Leelanau. It was a picture of a long haired hippy family sitting in a tent (the Bray family were photographed while living at the Mystic Arts Commune). It all seemed curiously familiar and inviting. Swept into a kind of spiritual déjà vu, it was as if I had been in that exact same space and time before. The loft seemed like an earthy cavern nestled in the rainforest. Finally I was home.

Just then, Ariel returned with a blanket and invited me to rest while he and Shipen went to the Love-in. “Thanks,” I muttered and I curled up in a corner on top of a rug-covered mattress. Drifting on the edges of sleep, my body relaxed but my mind kept racing as I recalled the long series of events that had led me to the Loft…
Older Post Home