Summer in the City - The Loft Days 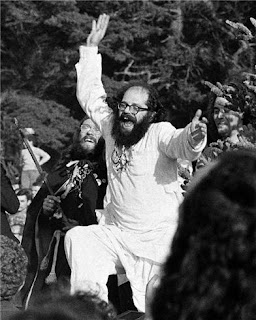 “…breathing in the darkness under the bridge,
who rose up to build harpsichords in their lofts…
who scribbled all night rocking and rolling
over lofty incantations which in the yellow morning
were stanzas of gibberish…” Alan Ginsberg - Howl


I had joined the Loft at a point when many other seekers were drawn to it as well, if only for evening or all-night sessions of discovery.  I pitched my tent in the Loft in late July 1970 and in so doing, the tenor and vibes of the “ashram” also changed – a woman was onboard!

Thus began a whirlwind summer of exploration and ever changing new experiences. One afternoon, we walked up to 59th street and meandered through Central Park, listening to myriad street musicians playing steel drums or strumming guitars and watched tai chi dancers move fluidly in their ancient slow motion dance. On another especially windy late afternoon, we took down all the streamers of fabric from the Loft, tied them into interconnected pieces, and fastened them to a subway grate. As the subway roared by underneath the grate, the streamers floated up into the air creating a beautiful dancing sculpture of undulating colors. Cool! Another time, we marched barefoot through the Bowery on an impromptu parade playing bells, a tambura and other eastern instruments as we processed along.

There was so much to experience, so much to learn!  One night, we went to hear Alan Ginsberg recite poetry in a smoky, basement coffee house. Another summer evening, I remember sitting with thousands of others in Central Park listening to the melodic and mournful songs of Joan Baez. 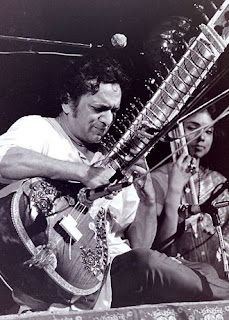 There were Ravi Shankar concerts and strange underground theater productions about politics and torture in Latin America. I especially loved the exotic modern dance performances of Twyla Tharpe, Alvin Ailey or Martha Graham, and lively Broadway shows like Stomp or Hair. Each day brought a new adventure.

That summer, Shipen and Ariel introduced me to the gay community and opened my eyes to an entirely new subculture. I saw the movie Boys in the Band, attended some outlandish drag queen shows, and discovered a world I had previously never known existed. It wasn't any more unusual than other aspects of the hip, post-beat New York City culture. The gay lifestyle was just one more beautiful facet in the prism in which my new life was reflected.

I felt giddy with the freedom of this vibrant counter-culture. Experimentation and celebration was interwoven into life in the Loft. I was thrilled to explore spirituality as I sought to improve myself “on the path to enlightenment.” People dropped in and out. Shipen had started these amazing communal sketchbooks called Trip Diaries that others drew in while tripping in the Loft. One was of an intricate eye with another universe inside (see artwork below). 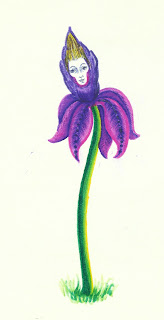 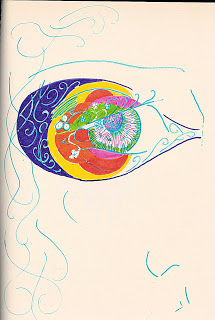 Pages from the Trip Diaries

The pages quickly filled up with beautiful drawings and writings about exquisite experiences or profound realizations. Their ever-so-deep realizations like “Life is the meaning of what” that were so mind-blowing during a trip just seemed kind of ridiculous the next day.

Our studies included the I Ching, books on Transcendental Meditation, Shintoism, Taoism, Zen and Tibetan Buddhism, and most importantly books about Jesus: theThe Aquarian Gospel of Jesus Christ, The Urantia Book, The Impersonal Life, and the Bible. Like a shepherd, God was calling me but still I wandered, lost, searching for answers and trying to find my way home.