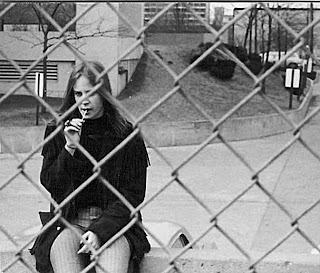 I woke to the blaring sound of someone’s car alarm. Rubbing my eyes, I sat up and looked around. It was growing dark outside and I felt groggy and disoriented. Wow, I wonder what time it is? Did I sleep all day? Scanning the room, I saw that I was the only one around. I could hear muffled voices from the kitchen below. Light from kerosene lanterns cast a soft light inside the tents pitched around the room, making it look like a magical forest.

Just as I was about to go downstairs, I heard voices and suddenly there was Shipen, ascending the stairs followed by a noisy crowd of people. They came bustling in, talking and laughing as they scattered around the Loft. Immediately Shipen smiled and came over to give me a warm hug. Feeling a bit embarrassed at having come unannounced, I said very little as Ariel introduced me to Bruce, Jody, and everyone else in the crowd. As Ariel spoke, I had trouble focusing as I strained to tune in to a conversation between Shipen and his friend Bruce. They talked excitedly about making changes to set for a show and about going to another theater performance later that evening. Eventually I learned that many of the people there that afternoon were visitors who were part of a theater troupe called Stomp.

After a delicious meal of Ariel’s homemade Indian curry, I tagged along to see The Performance Group (This experimental NYC theater group was founded by Richard Schechner and Shipen helped design and build their intricate stage set). The show was amazing to me! The entire set was built sort of like a house in the beginning stages of construction with open framework and partial walls. In each room there were different characters acting out scenes from daily life. Fascinating! As the audience, we were free to wander through the rooms, standing behind actors as they ate meals or sitting next to a couple arguing on a couch. As the play progressed, each separate scene unfolded simultaneously. I moved from one vignette to another, enjoying the voyeuristic ability to eavesdrop on each character's life. It seemed so real it was hard to believe I was watching a play!

When we returned home after the show, I had trouble sleeping and found myself re-living scenes from the performance. A strange mixture of sadness and nostalgia enveloped me. Drifting on the edges of sleep, my mind kept returning to my childhood home in Lakewood. Many nights I sat gazing out of my bedroom window watching the next-door neighbors, wishing I could magically be transported into their family instead of my own. Curled up by the window with my chin resting on folded arms, I'd watch the Breiners....all thirteen of them - gesturing, talking and laughing as they ate dinner at their long dining room table or snuggling together in their family room, the faint blue light flickering over their faces as they watched TV…

Late the next morning, I awoke and looked around me at the odd assortment of strangers strewn around the room. It seemed as if they had been caught up in a wild, frenzied dance and then collapsed in a tangle of colorful clothes, blankets and hair. Looking around at everyone sleeping, I felt thrilled to be a part of such an enchanting place!

Thus began a whirlwind week, a kaleidoscope of new experiences for a naïve, fresh faced teen from the Midwest. I loved the Loft! People came and went, slept, made love, shared food or got high. Everything was free-form, ever-changing. There were parties with the cast of Hair and Stomp, and a continuous flow of visitors: New York film directors, musicians, actors, celebrities, professional dancers and artists. Tents were set up, moved or taken down as the Loft morphed and transformed to accommodate the composition of those present. There were delicious meals, meditation sessions, and long, in depth discussions of Clear Children and other topics. I was convinced that Shipen with his new philosophy was on to something.

At the end of Easter break, reluctantly I packed to leave but resolved that somehow I would return to the Loft and my new friends. I knew with all my heart that I was meant to be there. I also knew I needed to finish my senior year of high school and graduate. I had made a promise to my parents that I would not drop out.

During my final months at school, I devoted most of my spare time to reading and absorbing the teachings in Clear Children. With zealous dedication, Sarah and I passed out copies we’d printed on the ancient mimeograph machine we used for the school paper. Groups of us met together after school to continue our discussions or meditate. Jokingly, I recall someone dubbed us The Clear Children Society.

In June of 1970, I finally graduated from Leelanau School. Wow, what amazing changes had occurred in that one short year! I was eager to return to the Loft. I packed up a few belongings and caught a Greyhound bus to New York City. Climbing the stairs to the Loft, I pushed back the rug hanging over the door and smelled the rich, delicate aroma of Indian curry. I was home! Once again Ariel welcomed me with a hug and I felt relieved and immensely happy. It was as if I had never left! I moved in and I was there to stay. I came seeking answers, seeking spiritual reality, seeking the Truth with a capital T.

What I didn’t realize at the time was how much of an intrusion I must have been in the lives of Shipen, Ariel, Jody, Bruce (and their other roommates on the floor below). They had enjoyed an all-male lifestyle in their private oasis that was both a lover’s retreat as well as the perfect space for spontaneous parties and gatherings. Though people dropped by for a night or two, the Loft was still their haven. Then I came along crashing in with my naive feminine self, completely oblivious to the fact that women had been visitors, but had never, ever lived there! I realized that Shipen and Ariel were gay, but I was so smitten with Shipen-as-guru and with the Loft as spiritual-ashram-temple-space that I didn’t realize that maybe they wouldn’t want me to take up permanent residence in their home. In fact, I was so oblivious that it wasn’t until years later that I realized how disruptive and disturbing my arrival must have been.
Newer Post Older Post Home